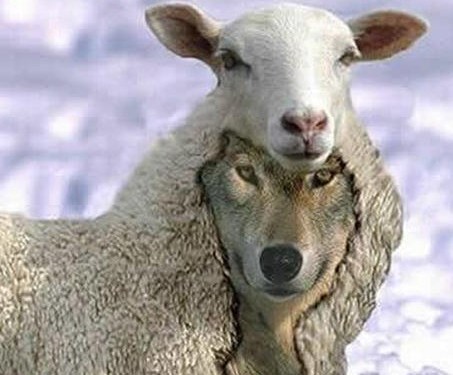 Beware of false prophets, who come to you in sheep’s clothing, but inwardly they are ravenous wolves (Matthew 7:15).

Have you been troubled or puzzled by the proliferation of “new prophecies” and “new revelations and teachings” on TV, Internet websites, or social media, many which are touted as “true” visions, dreams, prophecies, and messages from Jesus Christ? While in the past false prophets had to go to great lengths to publicize their messages, today’s advances in technology allow anyone to effortlessly craft their messages, whether true or false, and at the click of a button the message will be “shared” to their clueless and gullible “followers” and forwarded further to the masses within minutes.

In the opening Scripture above, the Lord Jesus Christ Himself warned us to watch out for false prophets who appear harmless, but are actually voracious, ravaging and savage wolves. The Lord further warned that in the last days, “many” false prophets will arise and lead many people astray (Matthew 24:11). With most people nowadays oblivious to, or ignorant of, God’s Word—the Truth (John 17:17), when a lie is repeated often and long enough, they believe it is truth, and are thereby enslaved by the enemy because only God’s Truth can truly set us free (John 8:32).

False prophets and false teachers have the audacity to twist God’s word and make pronouncements that don’t have a solid Scriptural foundation, yet in both the Old and New Testaments, the Bible sternly warns against adding or deducting from the Word of God:

Whether these false prophets and false teachers spread their lies willingly or unwittingly doesn’t matter, because the Lord will still hold them responsible for their lies and they will be destroyed, as the Bible clearly states:

“But there were also false prophets among the people, even as there will be false teachers among you, who will secretly bring in destructive heresies, even denying the Lord who bought them, and bring on themselves swift destruction. And many will follow their destructive ways, because of whom the way of truth will be blasphemed. By covetousness they will exploit you with deceptive words; for a long time their judgment has not been idle, and their destruction does not slumber” (2 Peter 2:1-3 NKJV).

Without studying the Word of God for ourselves and obeying its precepts, we are bound to be “tossed to and fro and carried about with every wind of doctrine, by the trickery of men, in the cunning craftiness of deceitful plotting” (Ephesians 4:14).  If we read the Word of God but do not do what the Lord has commanded us, the Lord Jesus said we are “like a foolish man who built his house on the sand: and the rain descended, the floods came, and the winds blew and beat on that house; and it fell. And great was its fall” (Matthew 7:26-27). Having been warned of the tragic consequences of disobeying God’s Word, we should, therefore, be extra-cautious not to be quick to believe every self-declared “prophet”, “man of God”, or “woman of God”, no matter how convincing or forceful they may come across! We should not be quick or eager to embrace anyone’s spiritual message, no matter how appealing it may across, without examining the Scriptures for ourselves to check if the teachings are Biblically true, like the Bereans did (Acts 17:11). When you see a prophet or teacher adding or taking away from the Word by not speaking in accordance with the Bible, keep standing on solid ground and stick to what the Bible says (Matthew 7:24; 2 Thessalonians 2:15), so that you may not be shaken (Psalm 62:6)!

Examples of False Prophets Mentioned in the Bible

The Bible highlights several examples of false prophets, and we can learn some valuable lessons that apply today:

How to Identify False Prophecies and False Visions

In the previous section, we highlighted a few ways that we can relate some prophets mentioned in the Bible to today’s environment. Here are additional guidelines from the Bible to help Truth-seeking Christians avoid being deceived by false prophets, false teachings, and false messages:

What About Dreams Supposedly from God?

According to the Bible, both prophecy and dreams are legitimate forms of revelation. While the fulfillment of a prophecy or sign/wonder might validate a prophet’s message, dreams were an infrequent mode of divine revelation to a true prophet of God and must thus be received cautiously (Deuteronomy 13:1–3; Zechariah 10:2). Additionally, dreams can be corrupt depending on how you spend your time; for example, if you spend countless hours watching false prophets on TV or horror videos on YouTube, chances are you will have nightmares or other forms of scary demonic dreams. From our own experience, we have noticed that if we have been watching or discussing certain news, we might get vain dreams related to the news (Ecclesiastes 5:3). However, if you spend most of your free time meditating on God’s Word, you will most likely enjoy peaceful sleep and have good dreams (Psalm 127:2; Isaiah 26:3; Proverbs 3:21-24). Since we might not know fully and truthfully know what the dreamer of dreams feeds his spirit, we should therefore not receive every “incredible dream or vision” as coming from God.

In conclusion, be careful not to be deceived! The Lord has given us His written Word, the Bible, and has provided a Helper, the Holy Spirit, to protect us from falling into error. Here are some encouraging words:

“Therefore whoever hears these sayings of Mine, and does them, I will liken him to a wise man who built his house on the rock: and the rain descended, the floods came, and the winds blew and beat on that house; and it did not fall, for it was founded on the rock” (Matthew 7:24-25).

“However, when He, the Spirit of truth, has come, He will guide you into all truth; for He will not speak on His own authority, but whatever He hears He will speak; and He will tell you things to come” (John 16:13)

Let us hear the conclusion of the whole matter: Fear God and keep His commandments, for this is man’s all. For God will bring every work into judgment, including every secret thing, whether good or evil. (Ecclesiastes 12:9-14).

If you would like to jump-start your relationship with the Lord, you may sincerely pray this Prayer of Salvation. For any questions or comments about this article please contact us.

Be strong in the Lord and cling to His Word!