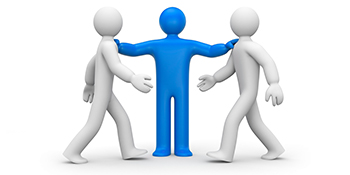 If it is possible, as much as depends on you, live peaceably with all men (Romans 12:18 NKJV)

This continues where we left off in the  Resolving Conflicts and Overcoming Strife – Part 1 message. When dealing with conflict, the Bible strongly encourages us Christians to pursue peace with one another by having humble hearts, acknowledging their part in the conflict, repenting, and reconciling (Hebrews 12:14-15). The Bible provides the following additional guidelines to help us in resolving conflict:

We need to give careful thought before we respond to people because with the tongue we can give gentle answers and life-giving words or we can speak death and other offensive things (Proverbs 15; 1; 18:21). We will also have to guard and pray against hatred because as Christians, we are called to have love in ourselves which covers a multitude of sins (1 Peter 4:8; John 15:17), forgive others many times (Matthew 18:21-22), speak words that heal and build up (Ephesians 4:29) and have peace with one another (Mark 9:50;1 Corinthians 7:15b).

What about if you are in a covenant marriage and your spouse will not acknowledge his/her sin and repent? Should you simply warn your spouse twice and have nothing to do with him or her?

We believe that the marriage covenant should not be broken, and marriage vows should be upheld “till death do us part” (Matthew 5:31-32; 19:4-9), because the Lord God hates divorce (Malachi 2:16 ). The same strategies for resolving conflict with fellow believers apply to resolving conflicts between spouses. Here are a few additional lessons we have learned to resolve conflict in our marriage:

A member of our family was emotionally hurt and offended by a close relative. She was unable to resolve the conflict with the relative, and the relative refused to pray with her, even though their differences were so sharp. After some apologies to each other, she still had pain and hurt and found herself arguing and debating daily in her mind with this relative while harboring ill feelings towards her. The way she received deliverance was by acknowledging having ill feelings as a sin before God each morning, and asking for God’s help not to argue in her mind with her relative during the day (Psalm 50:15). Each time she would start debating in her mind, she would choose to repent, ask for forgiveness, forgive the relative, and pray blessings over her (Luke 6:27-28; 31). She did this for a few weeks until the Lord delivered her from this bondage. She no longer debates with her relative but feels love and peace towards her and is praying for the relative’s salvation.

About eleven years ago, I (Janet) had a conflict at work with a co-worker who kept making demeaning comments. I did not know how to handle the situation and I was gripped with fear to say anything about it, so I kept silent. However, the negative comments kept coming and this led me to start feeling insecure and losing confidence in performing my job. My husband and I were in courtship at the time, and he encouraged me to do the Biblical thing and go and show him his fault privately (Matthew 18:15-17).  I also took a class offered by my employer on resolving conflicts. I learned to go talk to the person one on one and try not to use words that provoke to anger. And another good tip I learned from that class was to use the word “you” sparingly so as to avoid finger-pointing and accusing, which normally puts the other person on the defense. This is difficult to do and sometimes we truly need to use the word “you” to point out error (Matthew 18:15; Leviticus 19:17) to a fellow brother or sister, but using tact, love, and patience is needed the most. I finally set up a short meeting with the co-worker and honestly shared with him about some hurtful words he was using. To my disappointment, he denied everything and started accused me of making things up in my mind. Even though he never apologized, I still forgave him. He never made demeaning comments about me again, and the Lord also restored my joy and confidence in doing my job well. From this experience, I learned that confession and acknowledgment of one’s sins or faults, pursuing peace, having the fruit of the Spirit, praying, and repentance are needed in order to obtain peace in your heart, even though the other person might not acknowledge their sins.

The consequences of unresolved conflict are many and include anxiety, lack of peace, diminished joy and passion for life, bondage, developing wrong beliefs about yourself or others, a spirit of division, diminished unity, and lack of agreement (Amos 3:3). Additionally, unresolved conflicts may also lead to a lack of intimacy, ineffectiveness in parenting, problems in marriage and ministry work, lack of fruit-filled godly communication, a hardening of the heart, and more conflicts. The Bible encourages us to do our utmost best to pursue peace with all brethren (Romans 12:18; Hebrews 12:14). So, if you are dealing with brothers or sisters who are difficult to talk to and won’t acknowledge their sins and repent, please choose to love and forgive them from your heart, release any ill emotions and feelings to God in prayer, and continue praying for them daily until all the pain is gone from your heart and love is restored. Also, please search for the truth from the Bible about your situation, pray and wait on God!

Therefore submit to God. Resist the devil and he will flee from you. Draw near to God and He will draw near to you. Cleanse your hands, you sinners; and purify your hearts, you double-minded. Lament and mourn and weep! Let your laughter be turned to mourning and your joy to gloom. Humble yourselves in the sight of the Lord, and He will lift you up (James 4:710 NKJV).

If you would like to experience peace by accepting Jesus as your Lord and Savior, please start with this Prayer of Salvation. For any questions or comments about this article please contact us.

Grace and abundant peace be upon you,