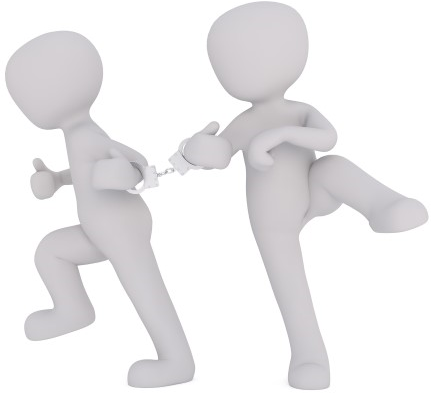 But Jesus called them to Himself and said, “You know that the rulers of the Gentiles lord it over them, and those who are great exercise authority over them. Yet it shall not be so among you; but whoever desires to become great among you, let him be your servant. And whoever desires to be first among you, let him be your slave—just as the Son of Man did not come to be served, but to serve, and to give His life a ransom for many” (Matthew 20:25-29 NKJV)

Have you ever read an article or listened to messages where a fellow Christian or “former ministry member” was being shamed, ridiculed, and lambasted by a pastor or ministry leader who claims to do so in the name of “Jesus Christ”? Have you had discomfort in your spirit and wondered what crime or sin the accused brother or sister had really committed to deserve such treatment or mistreatment? Have you experienced (or know someone who has experienced) harsh and unjust treatment at the hands of a “man of God” who took it upon himself to render false judgement or punishment on you (or someone) without providing any credible evidence or following the due process that the Bible clearly prescribes and that Moses, our Lord Jesus Christ and Paul all reiterated (Deuteronomy 19:15; Matthew 18:16; 2 Corinthians 13:1)? Have you ever followed a man or woman of God who claimed to have direct access to God via dreams, visions, or other supernatural manifestations and you were forced to follow or fear that person, even though some of their messages or teachings were out of line with what is written in the Scriptures? Have you ever been mistreated or deeply hurt by your church or ministry to the point that you became emotionally distressed, deeply wounded, and lost peace or trust with the church or ministry, or begun to backslide in your relationship with the Lord?

If you’ve experienced any of the above scenarios, you might have been an unwitting witness to, or victim of, spiritual/religious abuse, or worse you might be witnessing a cult masquerading as a Church or Christian ministry. Such persecution could happen to you too if you declared your stand – a strong faith in God anchored on His Holy Word! (John 16:2).

Religious abuse is “abuse administered under the guise of religion, including harassment or humiliation, which may result in psychological trauma. Religious abuse may also include misuse of religion for selfish, secular, or ideological ends such as the abuse of a clerical position” (Wikipedia).

Satan uses spiritual abuse to cause apostasy and falling away of the church (1 Timothy 4:1-5). If you have been through spiritual abuse, you most likely experienced confusion and struggle to pray peacefully, read the Bible, worship God, share the Gospel, or fellowship with other Christian brethren. For sincere and humble believers in the Lord, those who love to serve God and others, spiritual abuse can be very difficult to sense at first, especially if one is afraid of confronting people in authority, or if one has never dealt directly with manipulative and controlling people. In a manipulative and abusive church environment or ministry, the pastor or ministry leaders elevate themselves (or are elevated by their followers) and position themselves in their follower’s lives such that they take the place of the Lord Jesus and the Holy Spirit. In other words, the manipulative and controlling ministers exert control and undue influence on their followers, often dictating and overruling their followers’ will, choices and decisions. They do this in order to maintain firm control over the church (or ministry) and their followers, in order to prevent devoted members from leaving their grip.

Examples of Spiritual Abuse in the Church and Christian Ministries

In our Christian walk, we have experienced the displeasure and disenfranchisement of spiritual abuse. While some of the abuse was institutionalized, meaning that it was pretty much part and parcel of the local church or denomination’s teaching, other forms were very subtle and it was only after several months or years that we discovered we’d been unwittingly enslaved. Examples of spiritual abuse, some of which we have witnessed or experienced, include the following:

While the abuse you endure may cause you embarrassment in the best case, we have heard of cases where spiritual abuse from ministry leaders resulted in financial ruin and serious division in marriages, including divorce.

Signs of Spiritual Abuse in the Church and Christian Ministries

As we were preparing to write on the topic of spiritual abuse in the Church, we came across an online article by Mary Demuth, a Christian author, in which she shares “10 Ways to Spot Spiritual Abuse.” We have not reviewed all her writings, and this is therefore not an endorsement of her work, but she was accurate on the signs of spiritually abusive fellowships. Her points are italicized, and we have added some comments based on our own experience (non-italicized), as well as three additional signs (11-13).

Do any of the above signs of spiritual abuse sound familiar to you? Or do these situations apply to you in your current church or ministry? If so, we shall continue to share more in Part 2 of this message, in which we will explore Biblical answers to the following questions:

If you would like to have a personal relationship with the Lord Jesus Christ, we invite you to start with this Prayer of Salvation. For any questions or comments about this article or our ministry, please contact us.