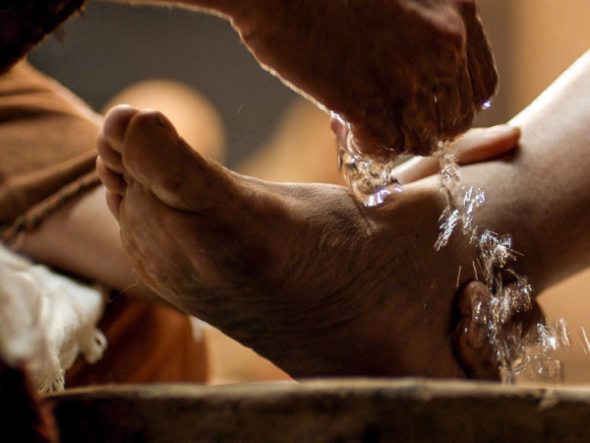 Therefore humble yourselves under the mighty hand of God, that He may exalt you in due time (1 Peter 5:6 (NKJV)

In today’s world, where distrust and competition among people and nations abound, relationships have become fragile and friendships can be ended at the click of a button. We live in a world where there is increasing divide among people, with many claiming they are “superior” to others based on their ethnicity, nationality, religion, family connection, education level, fame, fortune, social status, etc. Behaviors that were once abhorred and rebuked, such as pride, arrogance, egotism, stubbornness, snobbishness, self-importance, and rebellion, are now celebrated in the media with reckless abandon. Just as the Bible foretold, lawlessness is increasing and the love of many has grown cold (Matthew 24:12). Also lacking is humility—having a teachable spirit, being genuine, and unpretentious in our willingness to respect God and people, and submitting to the Lord in obedience to His Word. Even though humility is nowadays often portrayed as a weakness, this is contrary to God’s word, which recognizes both Moses and the Lord Jesus for their humble character (Numbers 12:3; Philippians 2:8).

Closely connected with humility is “meekness” – how we relate to others by restraining one’s own power, exuding a quiet and gentle disposition, not willing to engage in arguments or express one’s viewpoint in a forceful manner, so as to allow room for others. A meek person, for example, might have superior knowledge of a subject (as a result of education, training, or natural ability), but will give other people room to express their perspectives, instead of showing off that that they are the experts. Meek people might have wealth, but they will not be showing it off by living extravagantly or ostentatiously. Instead, they will live humbly, associate with the lowly, and use their wealth to benefit others. A case in point for humility is Joseph of Arimathea, a wealthy man who had become a disciple of Jesus and gave up his own, new tomb for Jesus’ burial (Matthew 27:57-60).

The Bible does not explicitly mention humility and meekness as part of the fruit of the Spirit, amongst “love, joy, peace, longsuffering, kindness, goodness, faithfulness, gentleness, self-control…” (Galatians 5:22-23), but there’s still a connection. Genuine meekness entails self-control and we are encouraged to “put on tender mercies, kindness, humility, meekness, longsuffering; bearing with one another, and forgiving one another…” (Colossians 3:12-13).

Some people have a craving to be recognized by the world, to be seen and heard and/or to be praised, and they often portray a false sense of humility in order to percolate the crowds and draw attention to themselves. We especially see this kind of self-serving humility with many politicians and people in sports and the entertainment industry. True humility recognizes God’s supremacy, not ours or any other man’s, and we, therefore, submit to God’s will, just as the Lord Jesus did (Psalm 40:7-8; Hebrews 10:7). As Christians, we should remember that the Lord is pleased when we humble ourselves before Him, just as King David expressed in his sincere prayer of repentance: “The sacrifices of God are a broken spirit, a broken and a contrite heart—these, O God, You will not despise.” (Psalm 51:17 NKJV). The Lord Jesus Christ epitomizes true humility, which was void of selfishness and self-serving, but rooted in serving others. The Bible encourages us to adopt this “Christ-like” character, attitude, and mindset:

Let this mind be in you which was also in Christ Jesus, who, being in the form of God, did not consider it robbery to be equal with God, but made Himself of no reputation, taking the form of a bondservant, and coming in the likeness of men. And being found in appearance as a man, He humbled Himself and became obedient to the point of death, even the death of the cross (Philippians 2:5-8 NKJV).

Humility was first lost in the Garden of Eden, when Adam and Eve ate the forbidden fruit of the tree of the knowledge of good and evil in disobedience to God’s command (Genesis 2:17; 3:6). Afterward, when the Lord asked them what they had done, they were full of excuses, pointing fingers, blaming each other, blaming the Lord, and blaming Satan – never taking personal responsibility for their actions. Had they humbled themselves and acknowledged their sin, while genuinely repenting and asking for forgiveness, what would the outcome have been since God is so merciful? (Genesis 3:8-13). We never will know for sure, but this we know: that the Lord God in His great mercy nevertheless immediately activated a plan for man’s redemption, which was fulfilled through the Lord Jesus Christ (Genesis 3:15; Romans 5:12-19; 1 Corinthians 15:21).

Learning About Humility from the Life of Moses

The Bible tells us that in his time, Moses was “very humble, more than all men who were on the face of the earth” (Numbers 12:3). What do we learn about humility and meekness from his life? Here are few points we have noted:

Meekness is not about using other people to accumulate glory, honor, accolades, and recognition for oneself. It is willing to step back, empower others, and give them due credit. The Lord Jesus Christ, in His meekness, sent out the seventy, His twelve disciples, and all born again believers (Mark 6:7; Luke 10:1,16). When the seventy returned from the mission field with joy, the Lord Jesus rejoiced with them, blessed them and encouraged them (Luke 10:17-23). In this, He allows others to share in His suffering, power, joy, and ultimately, His glory (Romans 8:18; 2 Corinthians 4:17; 2 Timothy 2:10; 1 John 3:2).

Meekness is not buying an expensive house or a luxury car simply because one can afford to buy it outright, or as most people do, are approved by their bank to borrow money to buy it. From experience, we have learned that meek people are good stewards, live well within their means and make modest purchases that are within their means. Being meek frees up one’s resources not only to sufficiently support oneself instead of being a burden to others but also help and support others who are in need (Psalm 37:11). Additionally, like Moses, meek men of God should accept godly correction from fellow believers when confronted with the truth. People in Christian ministry should not abuse their position to justify or defend their mistakes by lashing out, rebuking, silencing, smothering, or driving away fellow Christians. All Christians, both pastors and lay people alike, need correction when they do wrong, and we are to be gentle in humbly correcting and restoring them (Ezekiel 34:20-22 Galatians 6:1; 2 Timothy 2:24-26). The Bible warns us that all of us will one day appear before the judgment seat of Christ, to each give an account of ourselves to God (Romans 14:12; 2 Corinthians 5:10; 1 Peter 4:5).

In case you have been encouraged by this article, we also have written “A Humble Heart – Part 2“, which is a continuation of this message.

If you would like to humble yourself by accepting Jesus as your Lord and Savior, please pray this Prayer of Salvation to get you started. For any questions or comments about this article please contact us.

May the Lord bless you, keep you and help you to grow in humility as you seek Him through the new year.