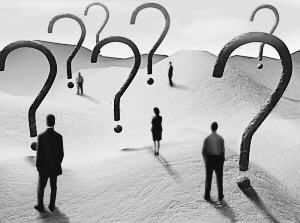 In Part 1 of Our True Value and Identity in Christ message, we explored how people perceive their own worth and the worth of others, and discussed how to evaluate one’s true worth and the value of others. This is the second and final part of the message, in which we further explore this topic of our true identity.

The Importance of Knowing Your True Identity

When parents speak life-giving and positive words from the heart over their children, it can transform and result in very blessed and prosperous children (Genesis 28:3; 1 Chronicles 22:12; Proverbs 18:21). However, we know from taking some healing seminars, that many well-meaning parents have cursed their children’s identity by their words and actions even from a very young age, but thanks be to God that when we are born again, we become a new creation and can prayerfully receive healing from the Lord through forgiveness and repentance (2 Corinthians 5:17).

Also, although in His mercy and wisdom, the Lord Jesus Christ “gave some to be apostles, some prophets, some evangelists, and some pastors and teachers, for the equipping of the saints for the work of ministry, for the edifying of the body of Christ” (Ephesians 4:11-12 NKJV). In these last days and as deception increases, we should all be careful with pastors, prophets and other people of authority who try to manipulate and distort our identity in the Lord Jesus Christ for their own selfish or material gain. If you challenge the false, unbiblical teachings of some pastors and refuse to conform to what they want you to do, chances are that you will be abused, insulted, threatened and ostracised. You may be even be condemned with words and even kicked out of the assembly altogether (1 Kings 22:24-27).

As we shared in the article Exuding Good Fruit When Sharing the Gospel, Christians, whether or not in leadership position,  are not called to pressure, coerce, or force people to believe or do anything as this weakens their faith, discourages them from seeking the Lord, and forces them to make decisions against their conscience, thereby producing adverse results (Matthew 24:48–51; Ezekiel 34:21). The Lord operates on the principle of choices and consequences, giving people a chance to make a godly choice out of their own free will, as He did to the children of Israel – blessings for obedience, curses for disobedience (Joshua 24:15; Deuteronomy 28; Jeremiah 17:5-8). On the other hand, the devil uses pressure and attempts to force children of God to make ungodly choices against their will – think of what happened to Daniel, Hananiah, Mishael and Azariah (Daniel 3; 6).

The Bible also narrates the story of a blind man who was healed by the Lord Jesus Christ (John 9). The disciples thought that the man was blind because either him or his parents had sinned, but the Lord responded that neither the man nor his parents had sinned; the man’s blindness was for a divine purpose “…that the works of God should be revealed in him” (John 9:1-3). What happened when the man who was formerly blind was brought to the religious leaders and truthfully shared his testimony how the Lord had miraculously healed him? They tried to discredit the Lord Jesus and the healed man as a sinner and cast doubt on the man’s testimony (John 9:13-27). When the religious leaders realized that the healed man was adamantly standing firm on his true testimony, “they reviled him and said, “You are His disciple, but we are Moses’ disciples. We know that God spoke to Moses; as for this fellow, we do not know where He is from” (John 9:28-29; 34). Here we see the religious leaders trying to elevate and embolden themselves while trying to diminish and denigrate the man’s identity. His own parents did not want to risk being kicked out the synagogue, so they pretty much recused themselves and left their son to stand for himself. When the man responded to them powerfully asserting that such a miracle could only have been the work of Man from God, they were livid, and “answered and said to him, “You were completely born in sins, and are you teaching us?” And they cast him out” (John 9:34). The religious leaders were falsely judging the man and trying to “speak death” over him and curse his identity, contrary to the truth that the Lord Jesus had spoken about this man, that he had been born blind, not because of sin, but “…that the works of God should be revealed in him” (John 9:3). The sad irony is that religious leaders were the ones who were blind, not the man, and because of their self-righteous, unrepentant attitudes, their sin remained (John 9:35-41).

If you question some religious leaders about their unbiblical teachings, after closely examining the Scriptures and sharing your concerns with them (Acts 17:11), some of these religious leaders might flip the script on you, slander you, kick you out, threaten you, insult you, and attempt to speak words of death over you, falsely judge you and accuse you, in a bid to manipulate you, control you, and beat you to submission (John 9:13-34). From our personal experience, the false accusations hurt deeply, and it’s only after we renounced and denounced those false words in Jesus’ name and reclaimed our true identity in Christ that we were able to forgive, overcome, and keep walking on the narrow road (Matthew 7:13-14). If any of the accusations against you have a grain of truth, then it is wise and prudent to examine yourself, humble yourself before God, and ask Him to open your eyes and give you discernment to see the truth and repent. Please be careful not to be enslaved by the false teachings of religious leaders, however subtle (Matthew 16:6, 12); do not be afraid of them and surrender your soul to them! The Bible empowers us not to be afraid of men or put our trust in men (Psalm 40:4; Proverbs 29:25; Isaiah 51:12-13; Jeremiah 17:5-8), but to fear The Lord alone (Proverbs 1:7; Ecclesiastes 12:13; Matthew 10:28); He is the true and just judge (Jeremiah 17:10), and He alone is able and mighty to save us! “You were bought at a price; do not become slaves of men” (1 Corinthians 7:23). As followers of Christ, we should heed the Apostle James’ warning, “Out of the same mouth come praise and cursing. My brothers and sisters, this should not be” (James 3:10). For those of you who might have been mistreated, misused, used and abused by religious leaders and others, please remember the Lord’s command to “love your enemies, bless those who curse you, do good to those who hate you, and pray for those who spitefully use you and persecute you, that you may be sons of your Father in heaven; for He makes His sun rise on the evil and on the good, and sends rain on the just and on the unjust” (Matthew 5:44-45).

For those who may have abused children of God, the Bible offers a stern warning, saying “the master of that servant will come on a day when he is not looking for him and at an hour that he is not aware of, and will cut him in two and appoint him his portion with the hypocrites. There shall be weeping and gnashing of teeth.” (Matthew 24:50–51). Therefore, please firmly hold on to what the Bible says about who you are! Avoid being tossed to and fro by all kinds of hurtful and deceitful words that get spoken over you (Ephesians 4:14). Let us denounce destructive words while rebuking Satan in Jesus’ Name, and praying for healing.

It is important to understand and appreciate your true identity in Christ, otherwise you will not be fruitful. In the worst case, without knowing your true identity, the devil will impart a false identity on you and use you to serve his kingdom of darkness and advance his fruitless agenda against God’s unshakeable, eternal Kingdom, an effort that will only end in despair, destruction, and eventually death.

Examples of Bible Characters Who Struggled with Their Identity

The Bible highlights several people who were faced with the timeless question of “Who am I”?

Your Identity is in the Lord Jesus Christ

The Bible warns us against walking in the counsel of the ungodly (Psalm 1:1) and encourages us not to receive the messages blindly, but also to test the spirits and examine the Scriptures to see if what is being preached is true (Acts 17:11; 1 John 4:1).

Regardless of your background or current situation, regardless of your successes or failures, regardless of the blow that life has dealt you, there is hope in Jesus Christ; if you sincerely repent of your sins and call on the name of the Lord, He will save you (Romans 10:13) because your true identity is in Him:

In conclusion, precious brothers and sisters in the Lord, you are valuable in the Lord Jesus Christ! Our loyalty, allegiance, and devotion must be undivided and to Him alone (Exodus 34:14). He purchased us at a great price, and we should therefore not become slaves of men (1 Corinthians 7:23), or allow anything or anyone to separate us from the love of God (Romans 8:38-39). While the love of many is growing cold, followers of Jesus Christ should keep their lamps burning and continue to pursue peace with all people (Psalm 34:14; Romans 12:18; Luke 12:35).

To discover your true identity and value in Christ, we invite you to please start with this Prayer of Salvation. For any questions or comments about this article or our ministry, please contact us.